The Simsimiyya from the Suez Canal: Handcraft of identities

Évènements The Simsimiyya from the Suez Canal: Handcraft of identities

The Simsimiyya from the Suez Canal: Handcraft of identities 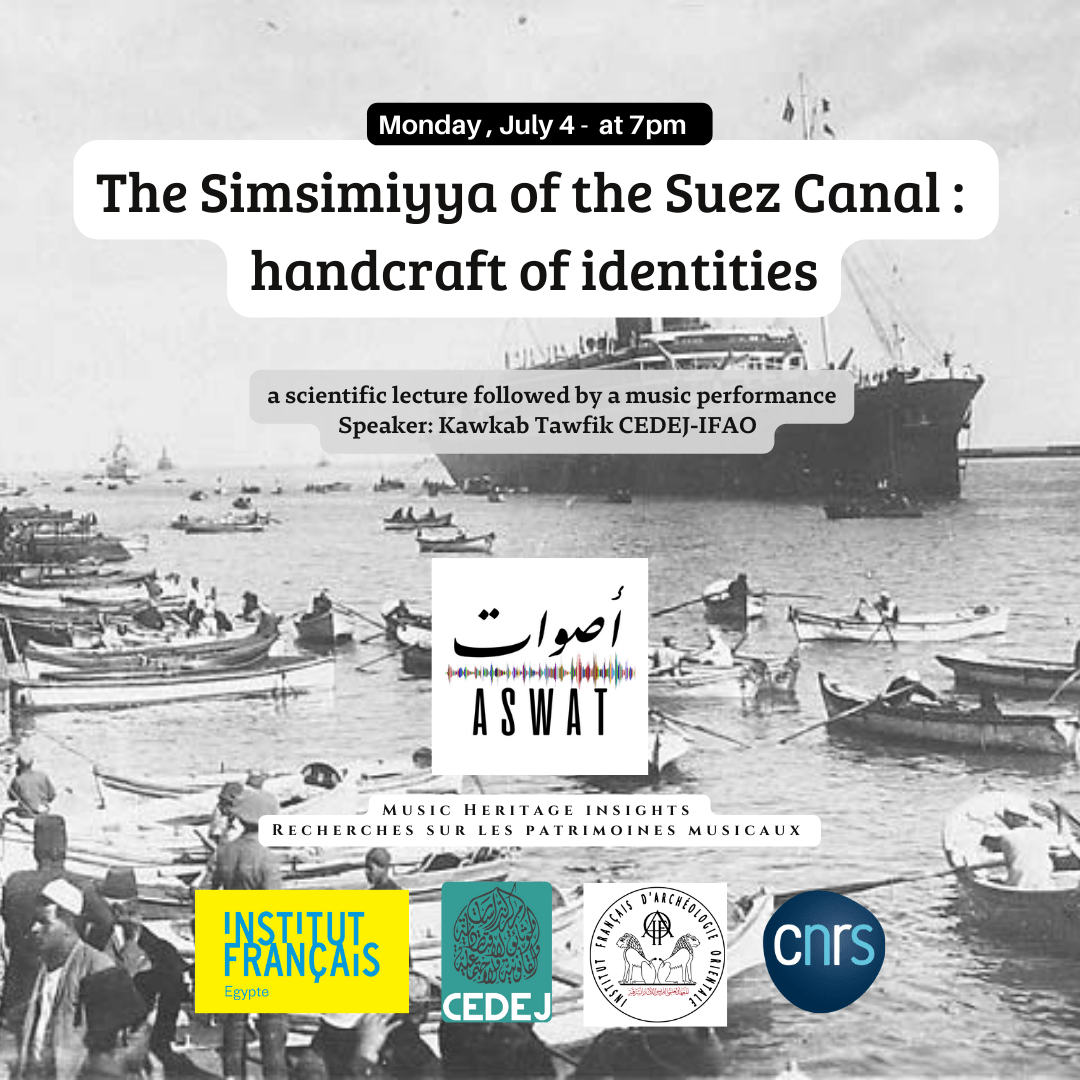 Abstract: Originally pentachordic, the simsimiyya sees its organological development in parallel to a process of acquisition of meaning and identity connotation among the communities of the cities of the Suez Canal. The simsimiyya arrived in this area through different waves and routes of migration, mainly in the XIX century by Nubian, Sudanese and Upper Egyptian workers during the digging of the Suez Canal. Its organological development and the change in its musical forms are the result of complex socio-cultural conditions through which the role of the simsimiyya player changed, from the events of the Canal from the 1950s onwards. In fact, from a simple instrument played by workers and fishermen in harbor cafes, the simsimiyya was elevated to an instrument of popular and anti-colonial resistance with the 1956 and 1967 wars. It started to be played outside its original environment becoming suddenly a stage instrument. It gradually enriched its repertoire by adding elements of the urban music tradition and, in this way, the simsimiyya elevated its status to an instrument of the ālāt al-ṭarab and developed different sound outcomes, based on the geographical and social space in which it was played. Today the sismimiyya acts as a social bond in various dynamics and it is a symbol of identity pride among the communities of the Suez Canal.

ASWAT is a series of music meetings and performances focusing on Egyptian culture(s) of music that seeks to explore a range of musical practices across Egypt, and beyond, through the contribution of academic speakers or music makers, followed by a concert. The meetings will offer the opportunity to deepen some historical, religious, social and musicological aspects that interwoven in, and from, the Egyptian music heritage, addressing creation, performance and reception practice.
About the musicians: El Tanbura is a collective of veteran Egyptian musicians, singers, fishermen and workers based in Port Said, belonging to the El Mastaba Center for Egyptian Folk Music. Since more than twenty yearsthey perform regularly on a weekly base in Port Said and are engaged in the transmission of the Suez Canal music heritage to the new generations. The ensemble is leaded by Mohsen al-Ashly, considered today the master of the simsimiyya in the Canal.

The speaker : Kawkab Tawfik is postdoctoral fellow at IFAO-CEDEJ. She obtained a PhD in Cultural Heritage (2020) at University of Rome “Tor Vergata” with the thesis: Music, Politics and Identity in Egypt post 2011; in her research she applied an ethnographic methodology focused on the historical and social dynamics related to the simsimiyya lyre of the Suez Canal.